SSRI Ed note: Two women describe the hellish experience of withdrawal after tapering off antidepressants, including the many terrible side effects.

Lynda Kooymans was on an antidepressant for 12 years, and struggled with withdrawal symptoms. She has since successfully tapered off the drug. (Submitted by Lynda Kooymans)

At the time, she felt it was “absolutely necessary” to relieve her symptoms.

But three years ago, with her children grown and doing well, her life felt stable. The Hamilton, Ont., woman decided “if ever there was a good time [to get off antidepressants], this was it.”

It was one of the worst experiences of my life …  I lost the ability to sleep, I was hallucinating.– Lynda Kooymans

She lasted only a few days after becoming unbearably irritable.

“My husband suggested I go back on,” she said.

A year ago, she tried again. Her doctor wasn’t supportive when she raised the idea, so she went it alone, going cold turkey.

“It was one of the worst experiences of my life. I ended up in my doctor’s office. I lost the ability to sleep, I was hallucinating. I was dizzy and had vertigo. I was sobbing uncontrollably,” Kooymans told Dr. Brian Goldman, host of White Coat, Black Art.

Kooymans wasn’t prepared for the withdrawal symptoms, which have been reported by many who decide they want to discontinue antidepressants after long periods of use.

Even though Canadians are among the world’s biggest consumers of antidepressants, the challenges of getting off these drugs aren’t well-publicized. According to the Organization for Economic Co-operation and Development (OECD) Canadians are the fourth-highest users of the drugs among western nations.

In the U.S., close to half of the 34 million people taking antidepressants have been on them for at least five years — some for 10 years or more. When the drugs were introduced, the recommended course of treatment for most people was six to nine months.

Dr. Dee Mangin is one of the few doctors researching what happens when people stop taking antidepressants. Mangin is a family physician and associate professor in the department of family medicine at McMaster University in Hamilton, Ont. 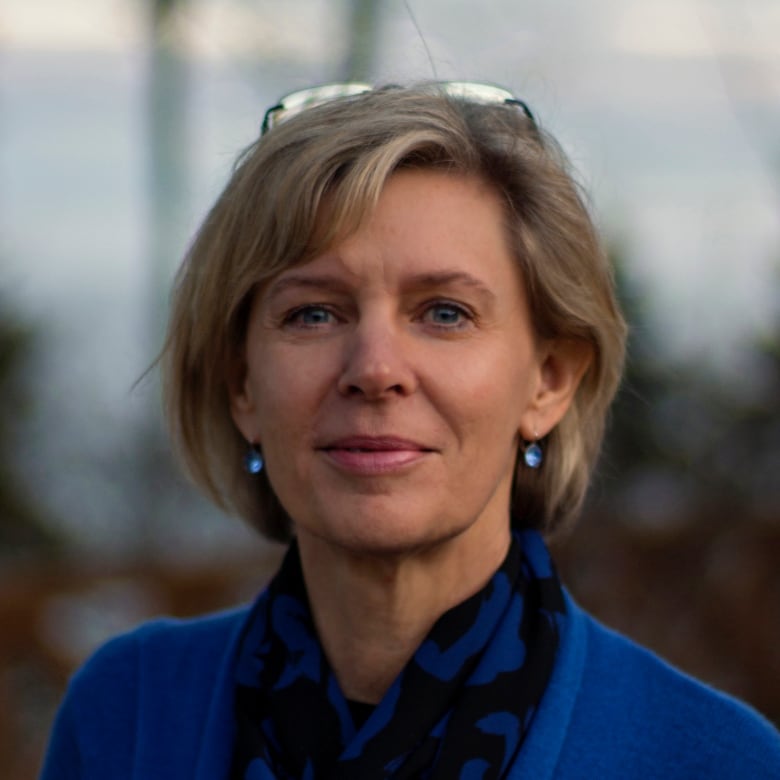 Dee Mangin is a professor of family medicine at McMaster University in Hamilton, Ont. (Submitted by Dee Mangin)

Prozac (fluoxetine)  came on the market in New Zealand in 1987 and became popular just as Mangin was beginning her practice there. She and her colleagues noticed the problems their patients had getting off antidepressants.

So we have a big chunk of people in the population taking these medications in the long term and really there are no studies in primary care to support that.– Dr. Dee Mangin

Dr. Mangin recently completed the first rigorous study involving long-term users of Prozac, which has not yet been published.

“I realized that I didn’t have the data I needed to have a conversation with a patient about how long we should carry on [taking antidepressants], when we should stop, how we should stop,” she said.

“So we have a big chunk of people in the population taking these medications in the long term and really there are no studies in primary care to support that.”

In the study, half of the patients were tapered off Prozac over time, the other half believed they were being tapered but got their regular dose.

Mangin can’t share all her findings until the paper is published, but she did reveal that some of the patients had to restart the drug because the withdrawal symptoms were unbearable.

She said it’s evidence that doctors need to listen to patients when they report problems coming off antidepressants.

“I think that one of the difficulties patients have faced over the years is that reporting these symptoms to friends or family or their doctors and not being believed. To have the symptoms attributed to some sort of psychological illness rather than being heard or acknowledged.”

She said although patients have reported the problems for more than 20 years, there’s been little research because drug companies are invested in getting new drugs onto the market, “not to get them off.”

She credits patients with filling the void.

“I think initially the most important research was done by patients who noticed these clusters of symptoms, who noticed the similarity of what they were experiencing and started to talk to each other online.”

Laura Delano now works to help others get off antidepressants as the co-founder and executive director of the The Withdrawal Project. (Submitted by Laura Delano)

‘Your story is my story’

Laura Delano was one of those patients leading the way.

As a teenager, the Connecticut woman was diagnosed with juvenile bipolar disorder, and was put on a number of anti-psychotic drugs, including high doses of antidepressants.

As an adult, she quit taking the drugs cold turkey.  Like Linda Kooymans, she went through a very difficult withdrawal, which may have been compounded by the fact that she was on several medications.

Delano went through a raft of intense symptoms including mood swings, nausea, boils, migraines, and even a strange,  smell that emanated from her skin. She was cognitively impaired as well.

White Coat Black Art from CBC Radio
Laura Delano describes severe withdrawal symptoms when she tried to quit antidepressants and other antipsychotic medications 1:10“It was the most agonizingly difficult, painful terrifying, confusing experience of my life,” Delano told Dr. Goldman.

It took years before she felt better, but she began writing about her experiences online. People from around the world responded.

“At that time not that many people were speaking out … [they said] ‘Your story is my story’ and I need help.”

Laura Delano started taking psychiatric meds at the age of 14 when she was diagnosed with juvenile bipolar disorder. (Submitted by Laura Delano)

Delano was asked to speak at conferences and protests, which led to an opportunity to start a non-profit organization called Inner Compass Initiative.

Our organization is not anti-medication. We are pro-informed choice.– Laura Delano

Their first big effort is The Withdrawal Project. It’s a grassroots effort led by lay people who help others cope with psychiatric drug withdrawal symptoms. They don’t give medical advice, but provide support and share knowledge with each other about how to taper off medications safely.

“Our organization is not anti-medication. We are pro-informed choice. It is important that as a society we get access to unbiased honest information about what these drugs are and aren’t.”

Lynda Kooymans wishes she had more information before she went on Cipralex 12 years ago. She eventually managed to slow taper off of the drug, and is now “pretty darn close to normal.”

Her advice for people looking to stop their antidepressants?

“Speak to your doctor before you do it. Ask for advice. Set yourself up with coping strategies: your diet, exercise, someone to talk to. Do your own research to find out what the side-effects are and how you can counter them.”

For her part, Dr. Mangin says the message for her colleagues is that they need to listen to patients.

“Patients are the experts in the way medicines affect them. Just because it’s not written in the drug data sheet, it doesn’t mean that it’s not a real experience. When numbers of patients are telling us the same thing, we fail to listen to them at our peril.”